UPSC Civil Services IAS Interview: UPSC Interview round is the most important and challenging part of the Civil Service Examination for the aspirants who have cleared the Prelims and Mains. The interview has been described as an examination of the overall personality of the candidate, including analytical ability, lateral thinking, logical decision making etc. The aim of the interview is to check whether the candidate is suitable for a career in the civil services. That is, whether the candidate has the potential to demonstrate good administrative skills. Sometimes they ask questions that are beyond our thinking. Here are some interview questions which were asked to the IAS toppers during their interview. Let see what IAS toppers were answered those questions.


IAS Interview Question – What is the Accountability?

During the final interview of the UPSC Civil Services Examination, many questions are often asked aspirants which you do not expect at all. These questions are tried to know that when you sit in prestigious positions like IAS, then in what way you will solve it. Saad Mian Khan, who received the 25th rank in All Over India in the UPSC 2017 exam, was asked about ‘Accountability’ in his interview. They were asked what is the Accountability?

Read some extracts from the Saad Mian Khan itself-

My Hobby was written in fitness Workout is there. He asked what is the role of fitness in India?. I replied that today fitness in the country is a major role due to obesity, diabetes maternal illness, pressure, and growing issues of stress in India. Everyone should adopt this. Give half an hour for exercise daily.

Then talked about India, Nepal and China relations. The question on illegal mining was asked. Then I was asked that illegal mining is causing the damage to the environment. I replied that every river has its own way. We should let him flowing. But due to illegal mining, the natural route of the river is not being allowed to flow. Because of this, floods, water pollution, living organisms and animals living on the coast have been affected. It does not get any revenue from the government, so he is not going to get any money. I said on the positive note, there is no need to ban the mining completely, it needs to be regulized. So the government also got tax. Also, New jobs will arise. There will be no impact on the construction industry. ”

How To Introduce Yourself In UPSC Interview

IAS Interview Question- What will you do if you get harassed by a Political leader?

In UPSC Civil Services Examination Interview the Interview Board tries to know the candidate’s views on various matters. The Board asks him many questions and examines his ability for the job. Saurabh Kumar from Bhagalpur, who got the 389th position in the UPSC Civil Services Examination 2017, was asked in the interview that, what will you do if a politician pauses or disagrees during a job?

Read some extracts from the Saurabh’s itself-

Many times the politicians do not have good relations with me. If the IAS officers with them are feared to be harassed, then how will you handle this situation. I replied that there is no other alternative to IAS officers in the Indian Administrative System. Before coming to civil services, it must be known that we have to work with politicians. If any candidate of Civil Services Exam is not prepared for these things then administrative service is not for them.

The second thing is that it is the responsibility of any IAS officer if a leader does not have complete information about any subject, then he will give it full information. Tell him what is right and what is wrong. And whoever is an IAS officer, I work under rules and laws, not under the rules of any politician. Whenever we work, we will work according to rules and laws.

Saurabh has an optional subject psychology in the Civil Services Examination. This was the sixth attempt of Saurabh. Joining the 2017 Civil Services Examination Interview, he reached the interview round four times a total. His selection was done in 2016 but he wanted to be an IAS, so he did not live. Saurabh is an Assistant Commissioner in EPFO and is posted in West Bengal.

IAS Interview Question – What is the difference between Leader and Manager?

In the UPSC Civil Services Examination interview, many times you ask questions which you do not even have an idea about. But those questions are related to your everyday and professional life, you do not consider them. During the UPSC interview, most questions are asked for your DAF (Detailed Application Form) And asked only by keeping an optional subject in mind. This is the only time a question has been asked from Suraj Kumar Rai living in Jaunpur in Uttar Pradesh. In the Civil Services Examination 2017, Suraj, who secured the 117th rank, was asked – What is the difference between leader and manager? 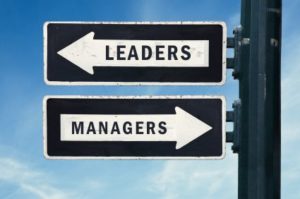 In the UPSC Civil Services Examination my optional subject was Public Administration. All this is taught in public administration, so I remembered.

I was told – make your answer clear. So I said that the work of both are very similar to each other, but Leader shows direction, works as a guide, it inspires his follower and encourages them to reach the goal. Leaves their influence on them. And the manager whose job is slightly detailed. he sometimes does small things too. He also makes the plan and organizes. Gives direction to goal and establishes management and coordination in the system.

I was asked what would you like to be, Leader or Manager?. I replied that I would like to become an Administrator. ‘

Tips for you if you are Civil Services Aspirant

“Arise, awake and stop not till the goal is reached”.     -Swami Vivekananda 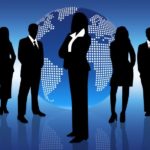 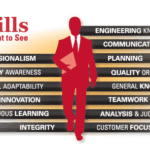 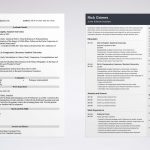